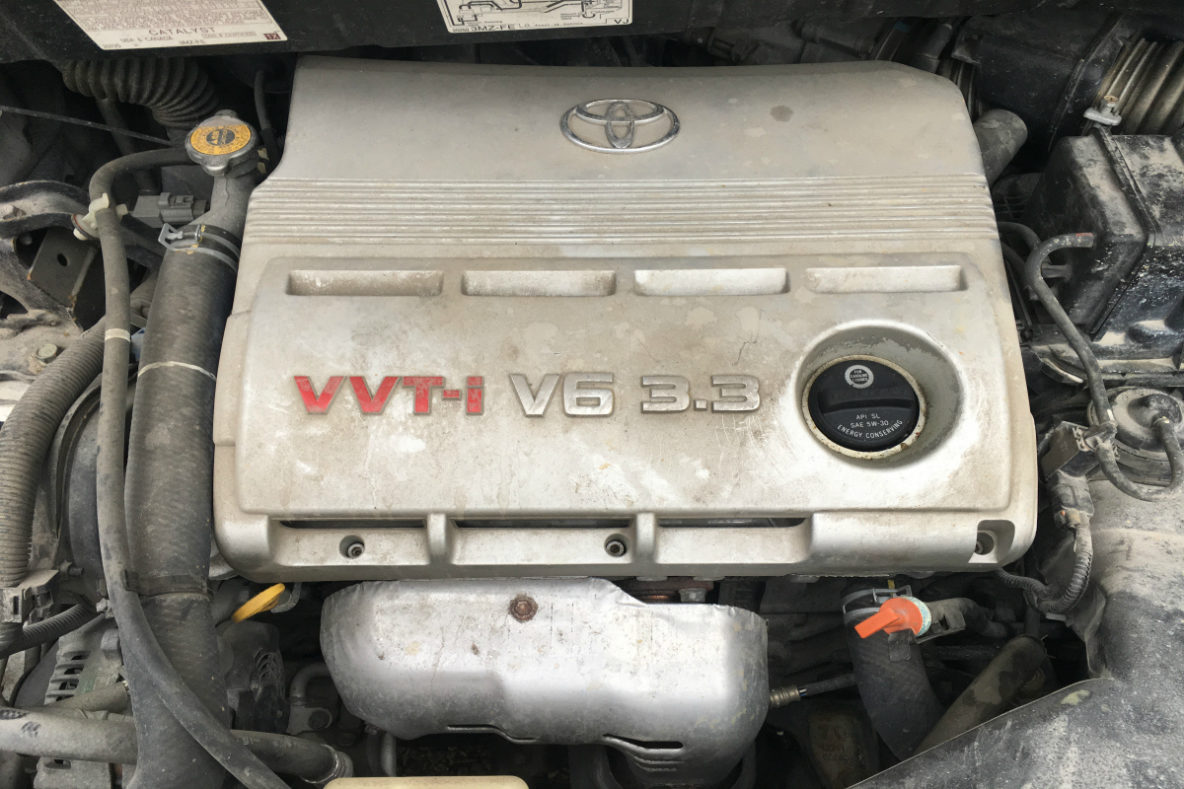 Hey everyone, hope your weekend is going well! I’m coming at you with a short post today, regarding one of my favourite topics…cars! I actually haven’t written nearly as many vehicle-related blog posts as I would have expected when I started out blogging.  Of course, you may view that as a good thing, depending on your interest level on the subject. ; )

As someone who owns a used vehicle, I’ve figured out that all used car repairs fall into three categories. I was reminded of that this past week, along with the importance of having a great mechanic!

Last summer, I took my 2005 Toyota Sienna in to my local dealership for service. I’d noticed a squeaking noise coming from the rear suspension and wanted to have it checked out. Aside from that, the van appeared to be running smoothly.

After a few hours, I got a call from the service technician. With a very serious tone, he informed me that there were some major problems with my van.

My heart sank, and I immediately saw $$$ signs.  After all, who wants to spend money on car repairs?

The issue I’d brought it in for was confirmed to be a cracked rear coil spring, which posed somewhat of a safety issue and had to be repaired. The cost would be about $600 to replace both of the rear springs, which was recommended.

That wasn’t a surprise.

Unfortunately, it was just the tip of the iceberg, so I was told.

In total, they quoted required repairs of over $3500! Ouch.

I gotta tell you, it was hard to understand how a vehicle which by all accounts was running perfectly fine could have such extensive problems. It’s not like I had been left stranded on the side of the road and the van had to be towed into the shop. In fact, it pulled into the garage purring like a kitten.

I had to do some quick math! My Sienna, 11 years old with 200,000 miles, had a market value of about $4000. It was worth a lot more than that to me, but regardless, it’s tough to justify shelling out almost 100% of your vehicle’s value in repairs.

When you drive older, higher mileage vehicles, there comes a point where repairs fall into one of three categories: essential, deferred, ignored.

In my mind, essential repairs are ones that involve matters of safety. In other words, if you don’t fix this, you might die. Also included are repairs that if neglected, could lead to further damage and more costly repairs.

Many repairs can be deferred. This is an important one. Just because a problem has been identified, it doesn’t mean that it needs to be fixed immediately. You should always ask your mechanic if the repair can be postponed, and if so, for how long. A good mechanic will often volunteer this information, others will let you figure it out for yourself. Don’t hesitate to get a second opinion if you don’t trust the information provided.

You may decide to replace your car before reaching this point, but if not, it’s not likely you care about cosmetic damage, or that half-burned out clutch. Anything more than an oil change is tough to justify.

Returning to the story of my van repair, I quickly assessed which category Toyota’s list of ‘required’ repairs fell into. Toyota felt that the cracked coil spring was a safety issue, so I considered that an essential repair. The steering rack was the most expensive item, but they told me that as long as I watched my power steering fluid levels, the fix could likely be delayed as well. Therefore, I considered this to be a deferred repair. I did buy a jug of power steering fluid to keep on hand in the van.

The hanger bearing, they said it was noisy, I couldn’t hear it at all. Again, not an essential repair. It’s almost a year later and I don’t notice any difference. For now, I’m ignoring that one. At some point it may need to be addressed.

I asked them how much life was left in the tires, and they said that it wasn’t an immediate concern, but that they were wearing. I decided to defer for the time being, but keep an eye on them.

It’s now 10 months later. Aside from the $600 coil spring repair, I deferred all other recommendations from Toyota. Keep in mind that had I not questioned them on the repairs, they would have gladly accepted my $3500 that very day.

FAST FORWARD TO THIS WEEK This week, I noticed that the van steering was becoming laboured. While the power steering fluid levels hadn’t changed, I thought that perhaps the rack now needed to be replaced.

This time I took it to my main mechanic, one I trust, one who volunteers the information I had to pull from the previous shop.

As it turned out, the U-joint in the steering column just needed lubrication, which they did at no charge. In addition, they informed me, that 10 months later, my tires still have six months to a year left in them.

The hanger bearing is a complete non-issue.

As for the power steering rack, my mechanic said that he can replace the boot without having to replace the entire rack, something I was told previously was not possible. It will set me back $300, a far cry from the $1200 I was quoted last summer.

Given this information, the boot now becomes an essential repair, as I don’t want to eventually have to replace the full unit. I’ll gladly pay $300 for the power steering boot.

In June, 2016, I was told that my van needed $3500 of repairs, and that the situation was not dire. Rather than accept the diagnosis, I pressed for more information, and categorized the list of repairs under essential, defer, or ignore.

That’s much easier to swallow.

Authors note:  It was not my intent in this post to be critical of my local Toyota service department.  In fact, my experience in dealing with this particular shop has almost always been overwhelmingly positive, and I am a huge advocate of Toyota cars.  If you have some time, check out this post  and you’ll see why I’m such a big fan : ).