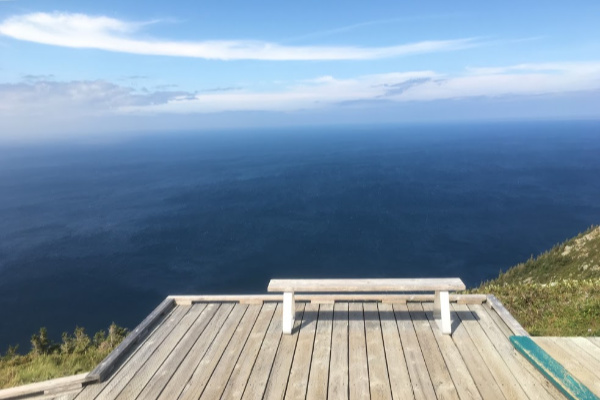 About a year ago, the company I work for embarked on a multi-year journey to rebuild the organization from the ground up. The message delivered was that, although the ecosystem as we knew it was instrumental in transforming the company into a global leader, it was also more than 20 years old. And what had worked so well in the year 2000, and 2010, was no longer effective.

The executive leadership asked the question, “If we were building this company from scratch today, in 2019, what would it look like?”. A pretty bold approach from a 100+ year old organization. From there, they proceeded to examine every nook and cranny, with the mindset that nothing was sacred. With a lens to the future, anything that didn’t fit needed to go.

Is This Groundhog Day?

I was reminded of this over the past couple of weeks, with the news that a number of my favourite blogs were either changing hands, or closing their doors permanently. For about a week, it felt like April Fools every morning when I opened my Twitter feed. Or Groundhog Day.

Of course, I don’t know most of these bloggers personally (although at times it might feel like I do), so I really don’t know their reasons for either selling, or calling it quits. Most provided some sort of explanation in a tweet, or a blog post, but I’m sure there was more that factored into their respective decisions than could be communicated in a 280 character tweet.

All of which is fine, because there is no explanation owed. I have mad respect for all bloggers, whether their site is massive, or tiny, whether they’ve been at it for 6 years, or 6 months. Blogging can be a grind. It requires consistent effort, continuous improvement, and rewards openness and vulnerability, which isn’t always easy.

Every so often, we reach a point when it’s time to quit. What worked 6 years ago, or 6 months, is no longer effective. Sometimes the joy has disappeared, or there’s something bigger and better waiting around the corner. Sometimes, it’s nothing more than the feeling in your gut that a season is ending, a door is closing.

Hearing this news from not just one, but at least 4 or 5 top bloggers was a cause for self reflection, of honest assessment of where I’m at in my own blogging journey. This post, this blog update, is my way of communicating to you, my readers, my thoughts about the future.

If I’ve created any suspense in these first few paragraphs, it wasn’t intentional. Mystery Money Man is alive and well, and I’m not going anywhere. But similar to the story I shared at the outset, I’m looking in every nook and cranny, to figure out what kind of blog I would build, if I started over today.

Much has changed in my life since I began blogging three years ago. For the first couple of years, my efforts were limited to creating at least one blog post on a weekly basis. Blogging was solely a creative pursuit. I wrote a lot about family finances with a slant towards frugal living, inspired by my personal experience as a husband, and father of three kids, in a single income household. From there, I discovered side hustles, and the enormous benefits that come with increased income, in addition to living within one’s means.

Over the past year, I’ve been juggling a fast growing freelance writing/editing side hustle, that as of August brings in over $2000/month. I’ve always been someone who’s very content with life, but at the moment, I feel like I’ve found the perfect balance between a successful 9-5 career and a side hustle I’m passionate about. In fact, I even climbed down the corporate ladder at work to accommodate my freelance work, and recapture some much needed work/life balance. After all, time is worth far more than money.

On the blog, I recently launched an interview series, called Freelancer Success Stories, and for  over a year I’ve documented my side hustle journey via a monthly newsletter, the Mystery Money Insider.

What Needs To Change?

Therein lies the challenge. With all of the time spent freelancing, building the interview series, and pushing out a monthly newsletter, I’ve neglected other areas of the blog. For example, this is the first regular post I’ve written in months, and I can’t tell you how good it feels. I really miss posting more regularly, and I need to get back to that.

There are other things as well. While I’ve never been all that focused on monetization, I’ve reached a point where I’m missing some opportunities to create passive income with the blog, due to simply not having the time.

From The Ground Up –

I’m asking myself the question, “If I were to start all over today with a brand new blog, what would it look like?” I know that I need to change the way I’m doing things to continue to add value, and grow. What brought me here, won’t take me where I want to go. While this process has only begun, here’s a sampling of some of the changes I’m making. Most are evolutionary, nothing too crazy for now. I like to think of it as ‘Phase 1’.

I’ve decided to move my newsletter to a quarterly frequency, instead of monthly. I’ll publish September’s issue sometime this week, and the next one will be out in December. For the past 18 months, The MM Insider has been one of my favourite pieces of content to write. At the heart of the newsletter is my monthly freelance income report. In the past year alone, my monthly income has grown from zero to more than $2000/month.

In the newsletter, I also include several other pieces of content, in hopes that my readers will find something useful, and informative. The downside to all of this, is that I’m putting enormous effort into something that’s only being seen by a tiny percentage of my overall blog readership (email subscribers). Content that could be used for blog posts is reduced into tiny anecdotes inside a newsletter. By moving to a quarterly schedule, I’ll have more time to produce blog content.

This will be more of a subtle change, but I’m realizing more and more the need to take a stronger stance on a variety of subjects, in my writing. A dialogue that emerged from FinCon a week or so ago, was whether or not personal finance conferences, and content, should focus more on political issues, as they relate to people’s finances.

While I didn’t attend FinCon, I, for one, feel that personal finance content should remain focused on the personal, rather than the political. But that’s not why I bring it up. The statement, and the resulting dialogue made me realize that I do need to voice my opinion more strongly in my writing. I have a view on everything I write about, but sometimes I’m too careful not to offend. Just another overly polite Canadian, I guess. : )

In July, I launched a weekly interview series, where I feature an individual who has successfully made the leap into freelance work, on a full-time basis or as a side hustle. In this process of auditing the blog, I pondered whether or not I should switch to less frequent publishing schedule ie. biweekly. I wondered if it was overkill to be publishing a new interview every seven days, not to mention the work that goes into putting everything together. While I’ve automated parts of the process, it still takes a few hours of my time each week.

I’ve decided that there’s simply far too much value to switch to a less frequent schedule.  It’s an honour to feature so many amazing freelancers on the blog, and if I can support them in some small way, then I feel like I’m doing something positive. Not only that, but I’m building some really strong relationships. I thought about the thousands of podcasts, and other interview series that are out there, publishing every week. So, while I have a feeling the content will evolve over time, I’m in it for the long haul.

Monetization and a Virtual Assistant

In its first three years, MMM has been a labour of love. I realized early on that making money directly from a blog is a very long game. It’s one of the reasons I turned to freelance work. I saw it as an easier way to make a good income doing something I really enjoy. Now, it’s time to focus some energy on building passive income from the blog.

Not at any cost, however. I refuse to compromise my message, or the quality of my content, to make a quick buck. I would estimate that I’ve turned down almost $1000 of potential income (mostly sponsored content) in the past 3 months alone, because it wouldn’t add any value to my readers. That said, I do see opportunities to build an income stream. I haven’t thought too far ahead, but if I could be making $500/month passively from the blog in the next 6 months, I would consider it a success.

For the past couple of months, I’ve tossed around the idea of hiring a part-time virtual assistant to help with some of the administrative tasks on the blog. While my wife and I were on vacation last week, I was telling her about this, and she expressed an interest in helping me. She’s very strong administratively, and has been thinking about starting a VA side hustle of her own. I didn’t think she’d have much interest in working on MMM stuff, but when we got back, I showed her what I was needing help with, and she seemed to be excited about the idea.

All of that to say that I won’t be ‘hiring’ a VA for the time being. My wife will take over admin duties for the interview series every week. She’ll create the images, format the posts in wordpress, and schedule some of the related social media. This will free me up to connect with more freelancers, and grow the series.

Lastly, and what all of this has been leading towards, is me getting back to blogging on a more regular basis, something I’ve really been missing. My goal is to return to one original post each week, along with the interview series continuing on Fridays. I have some new ideas in mind, but whatever I write about, it will be from the heart. I wouldn’t have it any other way.