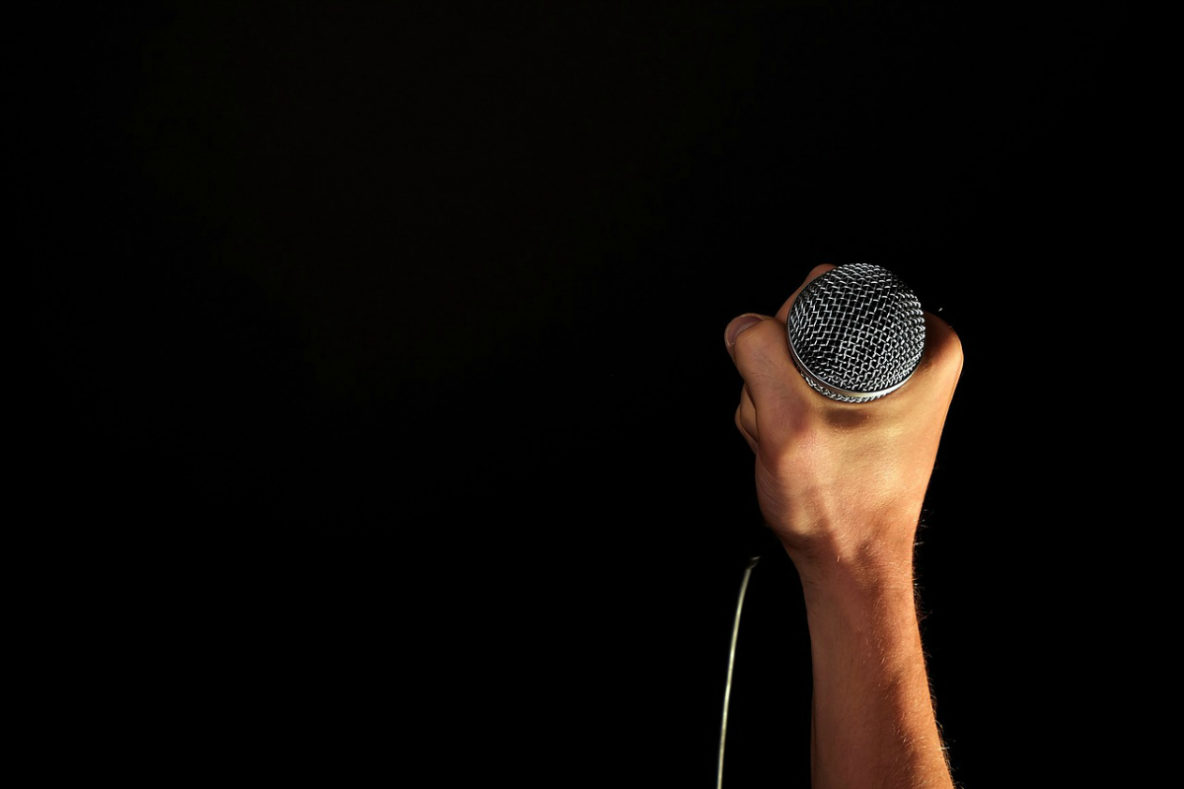 With those words, I dove into my first official side hustle this past week.

When I launched Mystery Money Man a few months ago, side hustle wasn’t in my vocabulary.  I really had never heard the term used before (pleading ignorance).   Perhaps it’s because to that point, the only exposure I’d had to personal finance blogging was about a year’s worth of pouring over Mr. Money Mustache posts.

Sure, I’ve made a few extra bucks here and there, over and above my primary income.  But I’ve never set out to take a side gig with the express purpose of making money.  Typically, any ‘side income’ I’ve received has been as a one off, or the result of helping someone out who insisted upon paying me.

Birth of a Side Hustle

I’ve got a recording studio in my home, the remnants of a less frugal age. 😉 It’s a pretty cool set up, complete with a soundproof isolation room that I slaved over for quite some time.  As crazy as it may seem, I’ve only ever used this space to write and record my own music.  I’ve often thought about bringing in income by recording other artists, but never took action, always quick to come up with reasons why it wouldn’t work.

As I’ll explain later in this post, those days are over.

A couple of weeks ago, I was approached by a young songwriter about recording some new tunes he’d written.  He was looking for basic arrangements, primarily vocals and guitar.

I told him I’d love to help him out, so he asked what I would charge.  He wanted 10 songs, which sounds like a big undertaking, but given that he wanted to keep things very simple, I knew it was something I had the time to take on. Without hesitating, he replied, “That sounds very reasonable!”.

I’m not sure why I was surprised, but really?  It was that easy?  A two minute conversation, and I had myself a pretty sweet paying gig.  The funny thing is that I know I could have charged him double and he likely wouldn’t have balked.  Being my first ‘official’ project however, it’s important to ensure I’m providing great value.

We started by recording his first song the other day.  The whole process, including set up and laying down a scratch track, took two hours, and it turned out sounding fantastic! By building templates into my recording software, the remaining process is made that much easier.  We’ll be able to record the rest of the songs over a couple of days, and then I’ll take a few hours to mix and master the final product.

It should work out to about $50/hour, perhaps slightly less.  In the future, with similar projects, I’ll be able to charge $150-$200/song, without any difficulty.

For more complex arrangements, involving a full band with several tracks, $500+ per song is reasonable, but as they are more time intensive, I’ll stick to more simple projects for now.

Side-hustles are the product of action-takers.

It’s amazing what can happen when you simply decide to take action on something, whether or not you are wholly unprepared and unqualified.

That’s my blogging experience in a nutshell.

I was inspired to start Mystery Money Man for a number of reasons. First and foremost, I hoped, in some small way, to inspire individuals and families to make better money choices, untethered from the narrative of a profit-centric employer.

Before I could get started though, I had to confront a whole bunch of fear and self-doubt.  I came up with several reasons not to bother trying.  I questioned my writing ability and whether my message had any value.  There was also the ‘zero knowledge’ factor of how to build a website.

I could have let it go, but I decided to give it a shot.  Am I ever glad I did.

Starting my blog was a game changer.

To put it simply, deciding to launch Mystery Money Man began a sequence of events, which looks something like this:

This music recording gig, my first official side hustle, is really one of three “side hustle” dreams I have.  Mystery Money Man is the primary one, though my current focus is not on monetization, but learning how to create content that people actually want to read. 🙂  The third, which I won’t detail in this post, is a graphic design venture I’m working on with a friend.  It’s currently in pre-launch stage, and we’re sorting things out, but it will initially involve logo design services, with the idea of branching out from there. Stay tuned on that one!

Do you lack a “take action” mentality?  Is your side hustle laying right in front of you, but you’re afraid to dive in?  Take it from me, don’t give audience to reasons to not take action, and begin to say yes!  You’ll might be amazed at what happens!