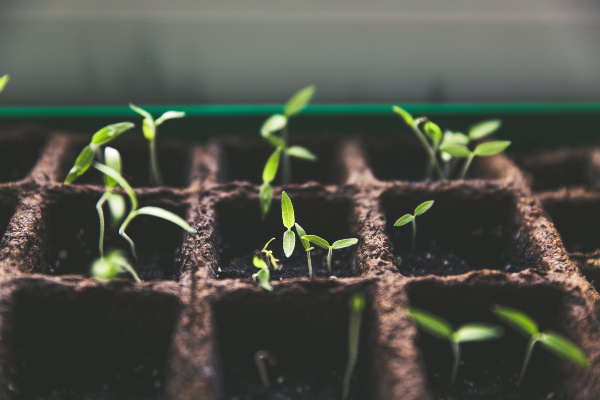 Depending on who you ask, my son and I shared some great bonding time this afternoon. And while I’m not sure he views the experience in quite the same light, it was an activity I’d been looking forward to for months.

I can’t tell you the number of times over the past few weeks that I reminded him, “Hey, remember that we have to…”, before he would respond with a slight rolling of the eyes, and a “Yup…I know, Dad.”

My son and I have no shortage of time together. Whether I’m watching him play hockey, we’re outside shooting hoops in the summer, or just chilling to Netflix, I’m pretty fortunate to get so much facetime with my oldest child. He’s even started coming to the gym with me.

But today? Today was a first. We shared an experience you only get once.

My son did his taxes for the first time.

That’s right. I had the pleasure of introducing him to the beauty that is free, online tax filing. I explained how marginal tax rates are calculated, and gave him a rundown of the deductions from his paycheque.. I also showed him how to reduce his taxable income in future years, and so on, and so on…it was a beautiful moment. : )

Taxes are pretty simple for an 18-year old.

This year, A had but 3 tax slips to deal with. The first was his T4 slip, which reports the income earned from his full-time job. The second was the tax receipt for his RRSP contributions. An RRSP (Registered Retirement Savings Plan) is the Canadian equivalent of a 401K, for my largely US-based readership. Contributions made to an RRSP are fully deductible against income earned.

The last slip was a receipt for the charitable donations he made in 2018.

Using an application called SimpleTax, completing his taxes took 30 minutes from start to finish. We filed online, and his refund is on its way.

SimpleTax is free, although they do accept user donations. Their user experience is fantastic. I’ve used TurboTax to do my own taxes for many years, but I’m seriously considering making the switch this year.

Helping my son with his taxes (he did them, I looked on), got me thinking about how much progress he’s made in learning how to manage money over the past couple of years.

I’m realizing that the approach my wife and I are trying to take in teaching our kids about money seems to be paying off (no pun intended).

That is, we look for opportunities to plant seeds.

You cannot force someone to comprehend a message that they are not ready to receive. Still, you must never underestimate the power of planting a seed.

Say No To Helicopter Parenting

When kids are really young, effective parenting is mostly directive. “You do what I say….because I said so”. There’s very little negotiation that happens with a five year old, and for good reason.

If you’re trying to reason with your toddler, you’ve already lost the battle. My number one piece of advice for new parents? Never let them win. But that changes over time.

Eventually, all kids reach an age when as parents, we begin to realize that we’re losing some control. The feeling compounds when our children start driving, dating, or wanting more freedom over spending decisions.

But while none of that is easy to deal with, kids need more freedom as they get older, to enable them to begin the transition to adulthood.

As with anything in life, it’s all about finding the right balance. As a parent, completely letting go of control is a recipe for disaster. A 16 or 17 year old kid still needs an awful lot of guidance.

You are still the parent, you are still in charge. Unfortunately, some people forget that.

On the flipside, you don’t want to become the stereotypical “helicopter parent”, never giving your child the opportunity to make mistakes, and then learn from them.

Some hardship is not a bad thing for a child to experience. If Mom or Dad always come to the rescue, they’ll never be ready to face the world on their own.

The Value Of Planting Seeds

There are often times where my wife and I still need to be directive with our kids. For example, we have zero tolerance for disrespect. When it happens, we become very directive. But increasingly, the more effective approach with our three teenagers is to try and find opportunities to plant seeds.

But what exactly does that look like, as a parent, to teach kids by planting seeds?

It’s having a difficult conversation with your teenager, allowing them to have a different perspective than you, and then letting them make their own decision based on that perspective, even if you don’t think they’re right. Warning: this involves giving up some control, and is easier said than done.

It’s trusting that when you’ve told them something important, and it seems like it’s gone in one ear and out the other, it actually hasn’t. Better yet, if you give it time, they may actually act upon the advice you gave them.

It’s letting them solve a problem they’ve created, on their own. Without your involvement.

It’s offering them a glimpse of what life might look like when they reach their goal, or when they take that big step.

To illustrate, I’ll share with you a few important money milestones my son crossed over the past year or two , and what it taught me about the principle of planting seeds.

He Began To Track His Spending

Just before he turned 16, A landed his first part time job. For the first time, he was receiving a steady influx of disposable income. Every two weeks, he spent his paycheque like it was burning a hole in his pocket. And while his mom and I wanted him to enjoy spending his hard earned money, we also wanted him to understand the importance of saving.

For months, I lectured him about his spending habits, and tried to talk him into setting up a regular savings plan. For the most part however, my pleas fell on deaf ears.

One day, I received a book in the mail that I’d won in a giveaway. It was geared towards kids even younger than my son, but was all about the basics of managing money.

I didn’t mention the book to him at all, I just placed it on the desk beside his bed. I figured he’d ignore it. To my surprise, he had read the entire thing within a couple of days. He even took pages of notes.

After finishing the book, he began tracking all of his spending, right down to the penny, in a notebook. His spending decreased, and his savings account began to grow.

He Purchased His First Car

Now that he was saving money, A set his sights on buying his first car. While my feeling was that he didn’t really need one, as he had easy access to the family car, I understood his desire for independence, and having your own car definitely helps with that. I also thought that while a car can be a money pit, it would create some valuable lessons about managing money, for better or worse.

He began saving for a car, but had trouble staying disciplined. His paycheques weren’t always that big, and this was the first major savings goal of his life. To him it felt like 1 step forward, 2 steps back.

It was important to his mom and I that he reach his savings goal on his own, but we also saw an opportunity to inspire him by planting a seed. So, we made him an offer. If he could reach 100% of his savings goal, we’d give him an additional $500 as a reward.

As it turned out, that was all the incentive he needed. He very quickly reached it, and a few months later, he purchased his first car with cash. Almost two years later, it’s still running strong.

This is one of those lessons that, for a while, seemed to go in one ear and out the other.

When A started working, and earning money, I began explaining the basic concepts of investing to him; how markets work, the miracle of compound interest, dividend income, you know, the exciting stuff. Except, A didn’t share my enthusiasm. He didn’t seem interested at all.

And then recently, out of the blue, he told me he was interested in opening a retirement savings plan, and beginning to dollar cost average (not his words) into the markets.

Could it be that he was listening all that time?

He proceeded to open the account a short time later, and now has a retirement savings plan (RRSP) alongside his short term savings, which is sitting in a money market investment for the time being.

He was even able to use deduct his first few hundred dollars of contributions against his income when doing his taxes earlier today.
Money Milestones

To summarize, here is a list of money milestones A has crossed, during the past 2 years:

While attempting to teach my son how to be responsible with money, I learned a valuable lesson. Teaching is often easier when you plant the seed, and give it time to grow.

Question: How are you teaching your kids about money? What are your thoughts on the subject? I’d love to hear about your experience!