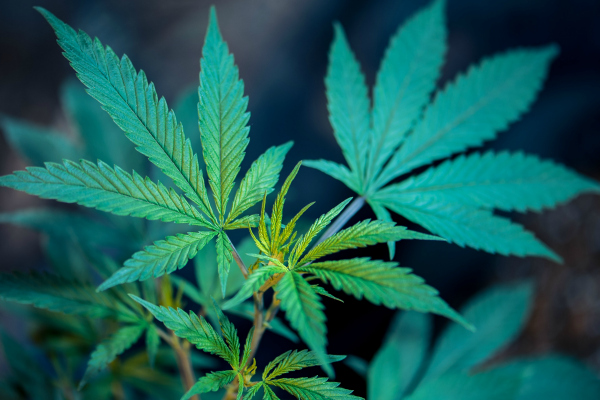 I was dealing with some writer’s block this week, it happens from time to time.

But rather than try and force myself to craft some fine piece of personal finance wisdom (it wouldn’t happen), I’ve decided to opt for the ‘stream of consciousness’ approach, and download a bunch of money-stuff that’s been on my brain over the past couple of weeks.

How about that TFSA, eh?

…..One of the best things about being Canadian is having the ability to own a TFSA, which, for the uninitiated, stands for Tax-Free Savings Account. The TFSA is a government registered investment account which was introduced in 2009.

You can contribute $5500 to a TFSA each calendar year, and anytime you withdraw funds, there are zero tax implications.

Not only that, but if you remove money from your TFSA during the year, you can re-contribute the full amount that was withdrawn, providing that you wait until after December 31st.

What’s In A Name?

The TFSA name is deceiving. While funds can be held in an actual ‘savings account’, earning a paltry interest rate, you can invest the funds in a TFSA any way you’d like i.e. mutual funds, stocks, ETFs, you name it.

In theory, if you’re a savvy trader who can make a killing on the markets, with no tax on capital gains, a TFSA can become a literal gold mine. Heck, any passive index investor can do really well.

There are several instances where very knowledgeable investors have turned the $57,500 lifetime contribution limit into portfolios worth over $1MM, in less than 10 years.

The Canada Revenue Agency (Canadian IRS) doesn’t like these folks mind you, but there’s nothing they can do about it, as investors are simply playing by the rules the government created.

TFSAs And The Cannabis Craze

What I’m noticing lately however, is that the TFSA account has become a boon for Canadian cannabis investors, many of whom don’t have the same investing pedigree as experienced securities traders.

Just this month, I’ve heard of two people who hold over $400,000 in a TFSA account that has a lifetime contribution limit less than $60,000. All of this growth would have to have occurred within the last 4 years.

In one instance, the investor is 30 years old, and makes about $35,000/a. The only thing he holds is cannabis stock.

Do I recommend cannabis as a sound investment strategy?  Definitely not, but it’s another example that we are living in crazy times….

…….I noticed some subscription creep happening recently. It’s well documented in this blog that we run a pretty frugal operation here at the MMM household, but we’re certainly not immune to letting things slide from time to time.

I was going through my credit card statement, and I realized that I was paying for Crave TV, a streaming TV service similar to Netflix. For the past few years, I’ve subscribed for a 30-day period in order to watch one of my favourite shows (Bosch, starring Titus Welliver)

As soon as I binge watch the season, I unsubscribe, but I forgot to do just that, this time around. I also remembered that I was paying for Amazon Prime, which I subscribed to recently, after having this brainwave that it would be a great money saver.

And it might be, if we shopped at any time outside of the Christmas season.

And so, Crave TV and Amazon Prime got cancelled. We even went a step further and cancelled our cable. Gotta love that subscription creep…..

…. A few months ago, I wrote a post about purchasing extended warranties, and I opined that they are rarely worth the money, that they are simply a cash cow for the retailer.

Unfortunately, many people ‘extend’ the same attitude that I have about these warranties, to the BIG stuff, like their home.

If you have a mortgage, unless you can self insure, it needs to be protected with life insurance. That ‘1- 2X your annual salary term policy’ you have through work won’t cover the mortgage if you die, and even if it did, there would be nothing left over to provide for your spouse or children.

If you’re worried that your bank is overcharging for the insurance, don’t lump them in with Best Buy, shop around for a better rate. Just don’t leave yourself unprotected…..

…..I hope this doesn’t come across as preachy, because it’s certainly not my intention….our daughter bought her first cell phone this week. M got her first “real” job a few months ago, and saved money for the phone.

The rule we have set with our kids is that they can’t get a phone until they have a job and can pay for their share of the bill each month.

Many parents pay for cell phones for their children, some at a pretty early age, and they often have very good reasons for doing so.

We’re fortunate that we live in close proximity to schools and work, and having a phone hasn’t been a necessity for our kids early on.

That said, making our kids responsible for the financial commitment of owning a phone is teaching them valuable lessons like delayed gratification, the importance of budgeting, and the value of money.

It’s not easy to find money lessons for teens, so if you can make it work, this is one I highly recommend…..

……finally, FinCon (huge conference for financial bloggers) is happening this week, but unfortunately, I won’t be there. Long story short, I had planned to attend, but a work conference was booked at the same time.

Ironically, the work conference was bumped back to a later date, but by that point it was too late to change plans.

FinCon will be a top priority for me in 2019 (I’ve never been), but for the coming week, I’ll try to avoid a serious case of FinCon FOMO….aka staying off of Twitter. 🙂

That’s it, that’s all. Just a few random money thoughts for you.  I’d love to hear YOUR take on these topics, please chime in in the comments below!