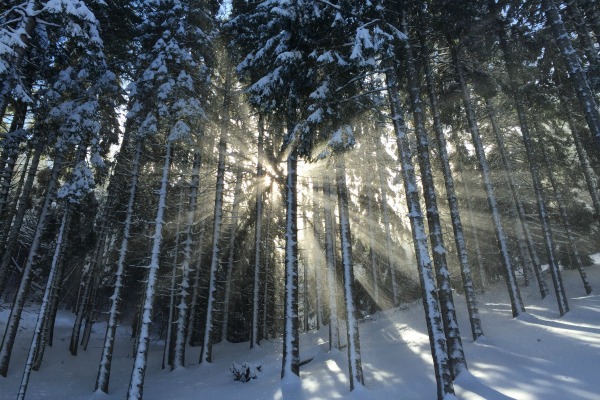 Sometimes I wonder why I do the things I do.

In the fall of 2016, I wrote a post about a budgeting trick I came up with a few years previous, as a means of disciplining myself to break the paycheque-to-paycheque cycle.  I named it the ‘5-day freeze’.

It involves making a very simple switch in your spending pattern, by refraining from ALL spending during the 5-day work week that follows your payday (for the majority of folks on a bi-weekly pay schedule).  This shift allows you to make necessary purchases and payments as soon as you get paid, (bills, groceries etc). but what follows is 5 days of little to no spending.

The 5-day freeze helps to create a surplus in your bank account, making it easier to reach your next payday without going broke, or worse, dipping into your credit card.  There’s a psychological benefit as well, as the good feelings generated by increasingly common surplus position spur you towards other positive change.

For anyone who finds themselves living paycheque to paycheque, I recommend it as a great way to begin to break that cycle.

INSPIRATION FOR A NO-SPEND MONTH

Anyhow, one of my blogging friends, her name is Amanda, commented on my ‘5-day freeze’ post, something to the effect of “Great idea, I’ve never tried that, but I do a no-spend January from time to time!”

“A what?  No-spend January?  You know that’s a month long, right?” more or less reflects what I was thinking when I first read her comment.

A few months later, Amanda announced on her blog that she was doing another no-spend January, which inspired me to take up the challenge.

Long story short, while not easy, it was a great experience!  I was successful in not spending any discretionary income for an entire month.  My purchases were limited to essentials such as groceries, utility bills, and gas for the car.  While I first viewed it as an isolated no-spend month, I achieved a new level of frugality which continued past the end of the month.  In fact, between January and June, I think I only bought coffee once or twice, and I didn’t miss it one bit.  That alone definitely saved me a few hundred dollars.

A MONTH OF ZERO

Because of the success of last year’s no-spend January, I’ve decided to try it again.  This time around, I’m calling it “A MONTH OF ZERO”.  Here’s how it will look:

1. Zero discretionary purchases for the entire month of January.  My spending will be limited to necessary payments; mortgage, groceries, fuel costs.

2. There will be no exceptions this year.  Last year, I did make one, as I had some previously planned vacation expenses that occurred during the month.  Not the case this year.

3. I should note, this is a personal challenge.  In no way am I involving my family in this rather extreme commitment.  That being said, my wife is THE most frugal person I know, so there is little worry that my efforts will be undone by any lavish shopping excursions, they don’t exist.

KEY TO A SUCCESSFUL NO-SPEND MONTH

If you’re considering a no-spend month, the key to success is preparation.  For example, if your daily routine includes going to the coffee shop or eating out for lunch, leave enough time to make your coffee or lunch at home, to bring to work with you.  For some people, this might mean planning to have the necessary food in your house to do so.

If you tend to be an impulse shopper, avoid being in places that will tempt to spend.  If that means not going to the mall for a month, so be it.  It’s all a part of being prepared.

A January no-spend is a great way to kick off the new year!  Don’t mistake it with a New Year’s resolution.  This is a 30-day commitment, plain and simple.  Consider it a financial bootcamp of sorts, an opportunity to get in shape after an often lavish Christmas season.

If you decide to go for it, you can expect some positive outcomes.  In addition to feeling great, you’ll undoubtedly build some good spending habits, and be on your way to a more frugal 2018.

Question: Are you planning a no-spend week or month to kick off the New Year?

If so, I’d love to hear about it!  As for me, I’ll report back at the end of the month, and let you know whether my Month Of Zero was a success!