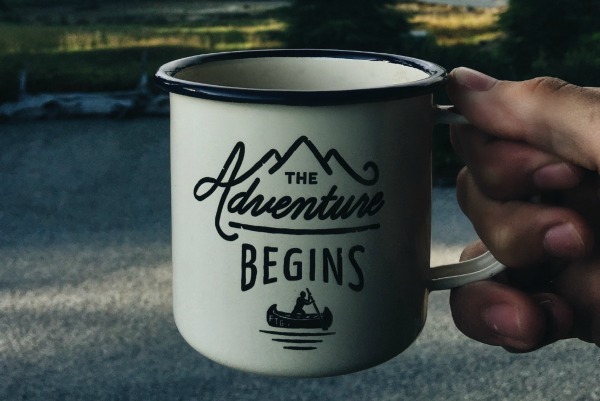 My oldest child won’t be attending college after graduating from high school this June.

At least, not this year.

My son, (I’ll refer to him as A) who’s 17, has decided to take a gap year, something Mrs. MMM and I are perfectly fine with.

A is a very bright kid, and while not at the top of his class in every subject, a very good student.  But like many kids his age, he has no idea what he wants to pursue education-wise.

He’s considered a few different career paths, teaching being the most recent one, but his interest has never been sustained.

This past fall, he made mention of taking a year off after graduation, but seemed hesitant about bringing it to his mother’s and my attention.  I’m not sure if he felt like he would be disappointing us (not the case), or whether he was hesitant about breaking from the seeming status quo.

Either way, we made sure A knew that he had our support if he decided to take the year off.  That was very important to me.

When I graduated from high school, I remember being in a similar position.  Good student (albeit, I never fully applied myself), a ton of interests, but no idea what I wanted to do with my life.

So I just did what most of my friends were doing.  I went to university.  There was definitely a pressure to go, though not from my parents or anyone else. I assumed that “I should go to university, because that’s what good students do.”  The status quo.

It would be difficult to come up with a less compelling reason.

My freshman year went fairly well.  I decided not to work during the semester, so that I could focus on studying. I was fortunate to have that option.  I found most of my classes interesting, and my grades were strong.  But I still lacked direction.

It was during my sophomore year that things began to unravel.  I moved out of the house and rented an apartment closer to school.  I still had no reason why I was there, but now I also had no one holding me accountable to get up in the morning. I began to skip classes on a regular basis, and fell behind.  I felt bad knowing that I was wasting my parents hard earned money, not to mention my own.

I cut my 2nd year short, and moved home early for the summer.  Needless to say, it wasn’t one of my proudest moments.  Thankfully, I didn’t remain in my rut for very long, due in part to what I’ll refer to as a “motivational speech” from my mother.  Trust me, it was very persuasive.  : )  I wonder if she remembers that.  She’ll be reading this post, so I guess I’ll find out shortly.

While my first college experience didn’t end well, I got my act together and ended up embarking on another journey just a few months later.  One that would influence the next 20 years of my life.  But that’s a story for another time.

THE VALUE OF A DEGREE

I used to tell people that furthering your education is never a bad thing, but nowadays I would probably place an asterisk beside that statement.  I have mixed feelings about the value of a university degree, in how it relates to career success.  More now than ever, it doesn’t translate.  In my own family, both my brother and I have managed to carve out 6-figure incomes and very good careers without a degree (I should note that we do have college diploma’s in an unrelated field as well as extensive accreditation in our professions).

I will admit that for myself, our relative success influences my slight anti-college bias.

Of course, there are exceptions to the rule.  A number of careers call for a higher education, such as healthcare or engineering, and if you have a specific path in mind that requires the related degree, than go for it!  But unless you are one of the few who has it all figured out, spending tens of thousands on a college degree is not an easy case to make.  Far too often, it’s simply not worth the cost.

Anyways, I’m getting off track;  the value of a college or university degree is a complex topic, something that should be explored in more depth, in a future post.

So…why is this mildly jaded college drop out ok with his son taking a gap year?

It’s because I understand how important it is to know your “why”.

I’m not talking about having your life figured out when you’re 17.  Hardly.  But if you’re heading to college, you should have some idea why you’re there.

After all, something needs to drive you to study, not to mention get out of bed every day and get to class.  Unlike high school, the office won’t be calling, wondering where you’ve been all week.

I can’t tell you what A’s gap year will look like, but here are some ways his mother and I are encouraging him (not necessarily in this order):

My son is bypassing college this year, and I’m perfectly fine with it.  In fact, I’m really excited for him, and his upcoming gap year!

And I’m relieved that he isn’t swayed by the same pressures I felt at his age.

Ultimately, it’s about him having the freedom to explore new things, and learning more about himself in the process.  What he makes of it is entirely up to him, but his mother and I will be there to listen and encourage him.  And if A decides to go back to school next year, I feel as though he’ll be that much more prepared.

Did you take a gap year before or after college?  How was your experience?  Would you do it again?

Also, feel free to weigh in on your opinions on the value of a college degree.  I only touched on it here as it’s a complex topic, but a healthy discussion in the comments may lead to a larger post sometime soon!

SIGN UP HERE TO GET ALL NEW POSTS, DIRECTLY TO YOUR INBOX!