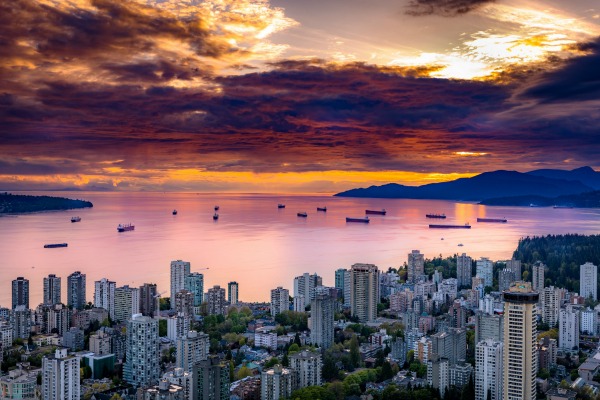 Around this time last year, I read this article about a young couple who decided to cash out of the bubble that is the Toronto housing market.  They sold the small house they had purchased for $300,000 seven years earlier, for over $1MM, and moved 250 miles up the highway to Ottawa.  I’m not sure how the story turned out, but according to the article their plan was to buy a comfortable 4 bedroom home and live mortgage free in their new city.

When I read this, I remember my immediate thought being, “here is THE smartest couple in Toronto.”

I mean, just leaving Toronto, period, is a smart move, but their decision to cash out of a ridiculously overpriced real estate market will set them on a much clearer path to financial freedom.

There were likely many other decisions that followed, but this was a defining one.

Yes, there was luck involved.  When this couple purchased their home for $300K seven years previous, never in their wildest dreams could they have expected the real estate market to explode the way it did.  But it did.  And they took full advantage.

From a financial perspective, you could call their decision an easy one, and you’d be bang on.  The math seems obvious. Sell high, and move to a location where you can live debt free.  Heck, you’ll give your retirement nest egg a huge boost in the process.

But if it’s such a no brainer, why aren’t more people making the same decision?

After all, millions of North Americans have benefitted from owning real estate in appreciating markets.  Yes, Toronto is an extreme example, but there are several other markets like Toronto; think Vancouver, San Fransisco, New York, and so on, and so on.

Somehow, the more common response to newfound real estate wealth is to follow a path of lifestyle inflation.  Stay put, refinance, and buy more toys; or sell, and upgrade to a fancier home in the same market.

In truth, with geoarbitrage, there are many factors to consider, aside from the obvious financial benefits.

Geoarbitrage, at its most basic, allows someone to take advantage of cost of living differences between geographic localations by moving from a higher cost of living area to a lower one.

While the story I shared above focuses almost exclusively on the housing component, there are many other considerations at play.  Job opportunities are a big one, not to mention how your income will translate across markets.  In other words, you can decide to move to a lower cost of living area, but if you can’t find a job, you might not end up ahead.  Lifestyle preferences are another factor.

I found this very cool online calculator which illustrates how far your income will go in different cities in the US. (There are several others like this one online, but definitely check it out!)  Using the illustration below, in theory, a family living in Minneapolis earning $58,458 per year could expect to have a similar standard of living to a family earning $100,000 in San Fransisco.  While there are many potential variables, this demonstrates the enormous potential of geoarbitrage.  Across the board, it’s less expensive to live in the Twin Cities than in San Fran, with the biggest contrast being the cost of housing.  Across North America it will almost always come down to housing.

Here’s where you can really get ahead by ditching SF for Minneapolis:

Rather than settling for a $58,000 income in the midwest, could you earn closer to the $100,000 you made on the coast?  80k…90k perhaps?  Depending on your occupation, you might be able to earn the same income.  Either way, if you even came close, your standard of living would be vastly superior to that which you enjoyed in the more expensive city.

If only it was just about the money.

Of course, like so many other things in life, there are other factors.  I touched on the question of employment and income prospects.  They are far from equal in different areas of the country.  Another big factor is family.

With geoarbitrage, proximity to family is a big consideration.  For example, let’s say you live in San Fransisco and you’ve benefitted from the rise in the housing market during the past 10 years. Based solely on money, geoarbitrage would allow you to cash out and head to the midwest.  But if you grew up in California, and your parents still live there, AND all of your siblings, there’s a good chance you might be hesitant to leave.  While some families can’t be far enough apart, proximity to relatives is a huge draw for many.

My wife and I, while not truly understanding the concept at the time, benefitted from geoarbitrage early in our marriage.  In fact, it enabled us to design the life we wanted while we raised our children (something we’re still doing).   We lived in Vancouver for a few years after we were married.  We had met at college, and married a short time after graduating.  One of the things we agreed upon prior to starting a family, was our desire for Mrs. MM to be able to stay at home full-time with our kids while they were young.

Our son was born out west, and a couple of years later my wife was expecting our second child, our oldest daughter.  As I began to do the math, it became clear that our goal of raising our family on a single income was going to become more and more difficult.  With a disproportionate percentage of our income going towards basic expenses such as rent and groceries, we were struggling to stay afloat, let alone put money aside into savings.

We mulled over the idea of packing up and moving, but it was far from an easy decision.  In the six years we were both there, Vancouver had become home.  It was where we had met, and forged a life together.  We had developed countless friendships and had extended family nearby.  Moreover, we loved the climate and living near the mountains and the ocean.

Despite our many reasons to stay, we decided that the life we truly desired would be more readily achieved by leaving.  At the time, my income was very modest, I mean really, really modest, so I was confident I would be able to maintain it at the same level.

As for our expenses, most dropped significantly when we moved.  We rented a very affordable home for a couple of years, saved a downpayment, and purchased our first house for only $55,000 two years later.  That would not have been possible in Vancouver without both of us working full-time.

In the 15 years since we moved, Mrs. MM has had the freedom to be at home with our kids.  In recent years, she has taken some part time work while they’re in school, but that’s also something she’s had the freedom to step in and out of.  By no means are we wealthy, and we’ve made sacrifices financially, but we’ve been able to prioritize the things that are most important to us as a family.

Do we have the mountains and the ocean?  No, but you learn to appreciate the beauty around you, no matter where you live.  To me, it’s hard to beat a prairie sky, and our summers are absolutely gorgeous.  Also, being where we are has made it much easier to travel, something that’s also very important.

Because I mentioned proximity to family as a deciding factor for geoarbitrage, I should acknowledge the role it played with our own geoarbitrage experience.  While we had extended family nearby in Vancouver, our move brought us much closer to our immediate families.  It was definitely one of the factors behind our decision to leave, it wasn’t purely financial.  Because of this, I understand that geoarbitrage can be a much more difficult choice if the prospect requires moving away from family.  If that had been the case, I’m not sure we would have made the same decision.

Have you ever made a move for the purpose of geoarbitrage?

Is it something you’ve considered?

If so, I’d love to hear your reasons, both for and against.  Please feel free to share your experience!

Bonus content:  Here’s another great article on geoarbitrage, written by a fellow blogger friend of mine.  He goes by the name of Mr. Groovy (you may have heard of him), and he’s much more of an authority on the subject than I.  Check it out!