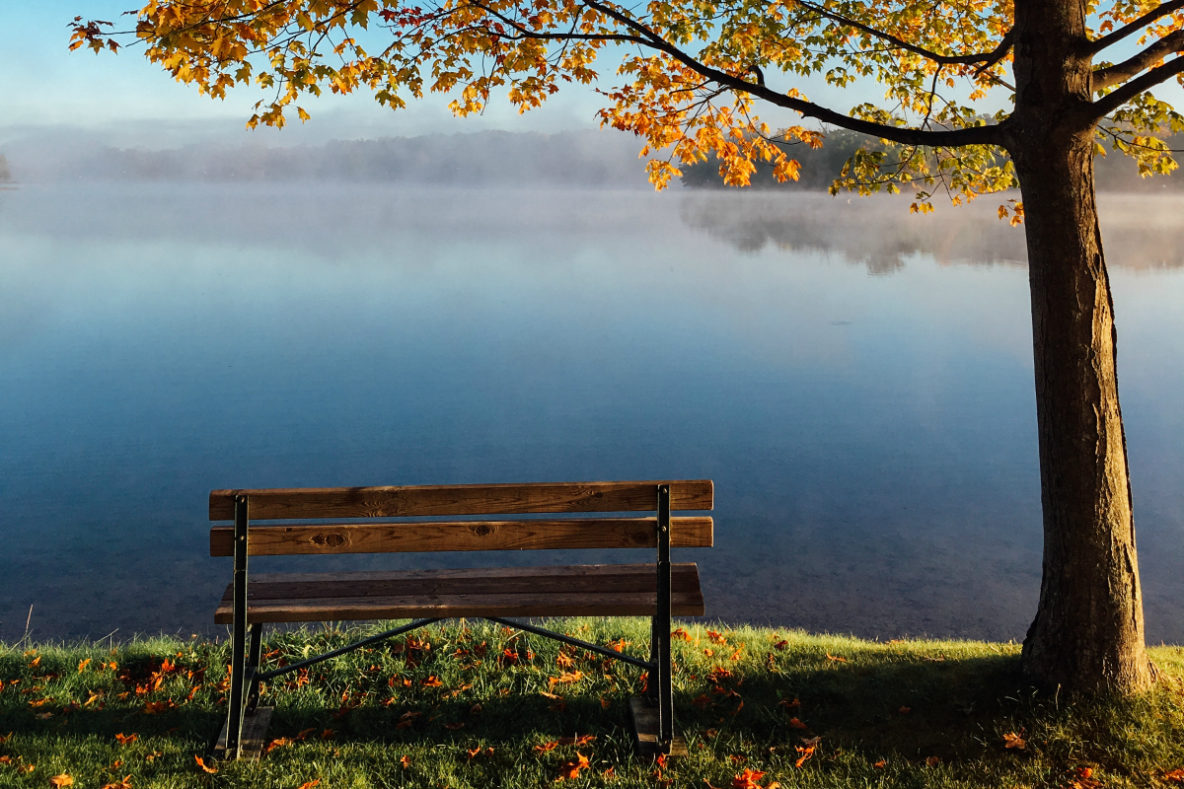 Walking through the office this week, I noticed Ron, one of my regular clients, waiting by the front door. Whenever I see him, I make a point to stop and chat.

We’ve shared many conversations over the years, and I appreciate his thoughtfulness and insights into life. Ron’s an older guy, in his early to mid-seventies, so needless to say, he’s got plenty of life experience to draw on.

Ron always has the time to talk because he is waiting.

You see, Ron’s in a wheelchair, diabetes having robbed him of a leg and the sight in one of his eyes. And so, to get home, he has to wait for the local Handi-Transit, or wheelchair-accessible bus, to arrive.

Sometimes he waits for 30 minutes, sometimes an hour. This week it was the latter.

When I saw him, it made me realize just how reliant he is on these services and others just to move around.

Ron is always cheerful and smiling, but this week he seemed wistful as the conversation moved past the long wait for his ride home.

He told me about how tight things were financially, due to a meagre income. He spoke about his wife and how she manages their monthly spending to make ends meet.

Ron told me how she tracks every penny, slowing his words to emphasize the point. She pours over receipts from the grocery store, looking for errors made by the cashier. And she finds them all the time.

The customer service department at Walmart recognizes her phone number on their call display because she dials so often to report an oversight on the bill. When he spoke, I could sense his gratitude for his wife and her ability to manage their money.

In total, Ron estimated that they recover about two to three hundred dollars yearly from her relentless audit of sales receipts, and they need every single one.

There was a time when they had money, lots of it. They had a successful business for many years until the economy fell in 2008.  That was when they lost all of their material worth, according to Ron.

When we spoke this week, he opened up about his feelings of regret. But it had little to do with the failure of a business or money, regardless of his and his wife’s current financial hardship.

Rather, he felt his disability had prevented his wife from truly enjoying their golden years together. He said that her every waking moment was spent caring for him. Not only has he lost the ability to drive, but to take care of himself in so many ways.

Ron went as far as to say that he wouldn’t blame her if she decided to leave, to pack it in, and let him go.

The idea that he could carry such a burden hit me hard, and I felt an incredible amount of compassion for him. I found it difficult to imagine that someone could feel so insecure after spending a lifetime with their spouse.

Ron told me how they used to love going for drives. To the lake. The same lake that my wife and I drive to so often.

Along the river road, the same road my wife and I ride our bikes along on warm summer afternoons.

These are the things he longed for. He didn’t want money. He didn’t mention wishing he had his successful business back or any other worldly possessions he had lost.

All he wanted was basic freedom, the mobility to share the simplest experiences with his wife as they used to.

I thought about my own life, my kids, and my beautiful wife and how precious the time that we have together is. I realized that no matter how much money we save or how well our investments perform over the years, it could all be gone in an instant.

In front of me was a very thoughtful, smart man. At one time a very successful businessman.  There was likely a time in the not-too-distant past when he would never have imagined his life as it is today.

WHAT YOU NEED TO KNOW ABOUT MONEY

It’s important, but it isn’t everything.

You can plan, save, and plan some more. You can try to construct all of the financial security you want; budget this, spreadsheet that. And that’s all fine and good.

But always remember this.  Ultimately, our control over our future is more limited than each of us would like to believe.

So don’t spend all of your time planning for tomorrow. Live your life today.

Every morning is a chance to wake. To love and to be grateful.

In the moment, I did my best to reassure my friend Ron.  I told him that he was very blessed to have such a great woman, and that I was sure she felt the same way.  She had proven her character over and over again, during the good times and the bad.

He smiled and nodded his head, as though deep down he knew it was the case.